«I was afraid that in the new country again there would be stalking and the threat to disclosure of my HIV status». The story of Aina, who turned to the ART Help Hotline

10 days after the launch of the ART HELP Hotline by Eurasian Women’s AIDS Network, supported by UNFPA EECARO, for people living with HIV stuck in other countries without antiretroviral therapy (ART) due to travel restrictions over the world, we got a message on our Facebook page: “They gave me your address and said that maybe you can help me. I’m stuck in New York and cannot get therapy”.

As it turned out, Ayna was not just stuck, but literally ran away from her home country due to her HIV status. While the US, she was not telling anyone about her HIV status fearing persecution, and without official registration, she was not hoping to receive antiretroviral therapy there. The panic related to coronavirus and to the fact that HIV positive people not taking ART are among the most vulnerable, made her take a chance and write to us in the hope that something will work out.

Ayna shared her story with us, hoping that people read it and decide to seek help too.

I came in the USA two years ago. My life was ruined three years before that. So, 5 years passed in total.

I was a medical doctor — obstetrician-gynecologist in my country in Central Asia. I had a family — a husband with whom we were married for 25 years and three wonderful children. Family life started to ruin when I have found out that my husband had a relationship on the side, with an accountant at his work. She was the same nationality as he and 9 years younger than me. My husband distanced and became cold; he did not try to make things right and reconnect. He said that all was ok for him. He was refusing me in intimacy, and we stopped communicating as we used to.

My husband moved to his home country and took two of our children with him for better education. I stayed with the youngest kid and sick parents. Sometime after our breakup I met a man who rented my housing. We began to communicate sometimes. Six months later, we started a romance… Later I found out about his addictions to alcohol, drug use and aggressive behavior. He was insisting on my divorce and marriage with him.

Once I got an accident and suffered a compound fracture of my arm, I underwent several operations. After this I mastered a new profession which I always liked — non-surgical cosmetology. I started working as a cosmetologist. We periodically underwent regular medical examinations at work. At one of the checkups I got a positive HIV test result. All my tests results were negative before meeting this man.

I was shocked by what I heard, the whole world collapsed overnight, I could not believe what was happening to me. Doctors were tormenting me by delaying response with my test results, and then, they asked me as а partisan to go into another room and closed the door. I did not understand what was going on. Suddenly, doctors and nurses came running, literally began to interrogate me, took my blood for additional examinations. I felt like a trapped animal, that was hunted, and, behold, they caught it and now they just would tear it to pieces. They interrogated me about everything. No one asked me whether I wanted to talk about this. They wrote down my address, phone number. I did not know how to behave in such a situation and what to do with the misfortune that fell on me. I left from there like in a fog, and no one helped me to cope with my pain. 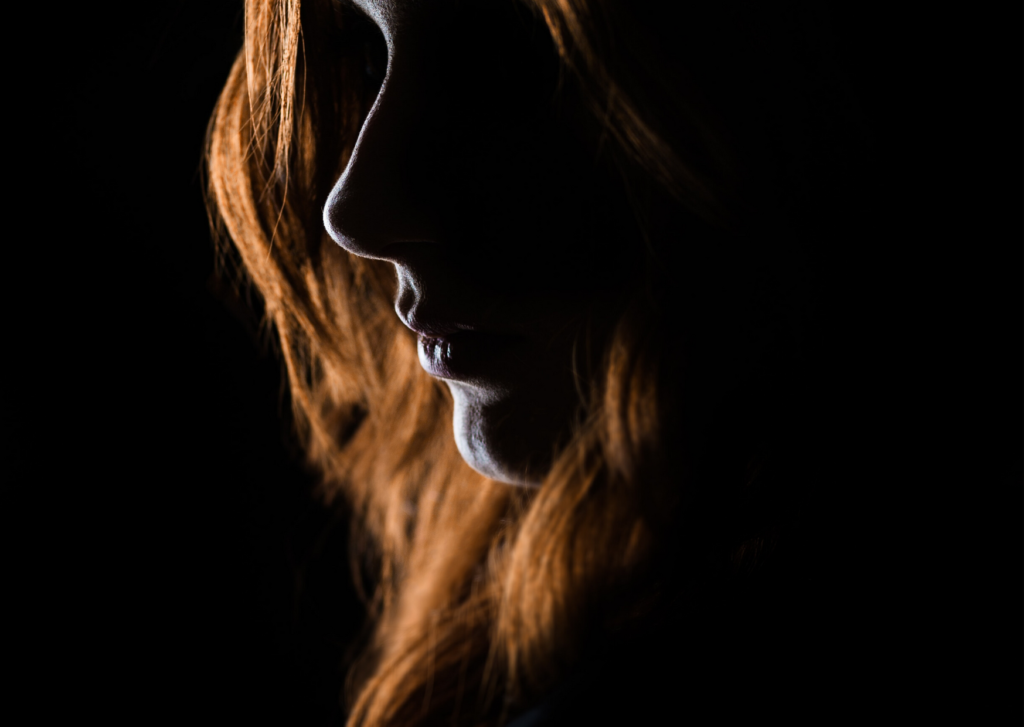 I didn’t want to live. I thought that I was not worthy to walk on the earth. How will I go to my children? I was worried about the children, the ex-husband, whether they had a disease. The ground was slipping away beneath my feet. I did not know what to do now and why would I want such a life. And moreover, I did a foolish thing, I went to this man and told him about my test result.

He was not surprised, and I have realized that he was aware about everything. I made him go and get tested anonymously, and the result came positive. He escaped from doctors, did not register on clinical rolls, and refused to be examined further and receive ARV therapy. He denied his illness and said that all this was nonsense, that immunity was simply weakened, and many had similar symptoms, and they used to put such a diagnosis on purpose. Then he said that now I was not good for anybody else except for him with such a diagnosis, and therefore I should marry him. I replied that I would never in my life stay with him. He began to threaten and blackmail, shouting that I would have to come to him on demand and satisfy his dirty needs, otherwise all around me — my colleagues, friends, neighbors, my husband and children — would learn about my diagnosis and leave me, I will not matter for anybody.

He began to haunt me day and night. He was hunting down me and chasing me. He shouted through an open window from the car at the intersections: “Look, she is infected with AIDS!” She infected me with AIDS! She’s AIDS carrier!” He scratched and kicked my car, which triggered a car alarm. The neighbors looked out the window, and he yelled that this car belonged to person with AIDS. He went upstairs and kicked the doors, and when the neighbors came out, he screamed that I infected him with AIDS, and everyone should be afraid of me, because I would infect them.

I had to quit my job. I could not continue working in medicine with this diagnosis because I worked with blood. Moreover, I was afraid for my reputation and did not want anyone to find out about my illness. I did not want persecution and contempt, I did not want the whole world to despise me, hate me, disdain and condemn me.

I hated myself and wanted to die. I closed myself in my apartment and spent a year locked up, praying and crying. The girls [peer counsellors] from the AIDS center talked to me, were very kind and, based on their own example of living with HIV said that it’s not deadly, that there are a lot of us with such a diagnosis. They told their stories and others’ ones, told me about therapy and that we can live for a long time like all other people, give birth to healthy children, and even not be dangerous in terms of transmission, if we receive ARV therapy. 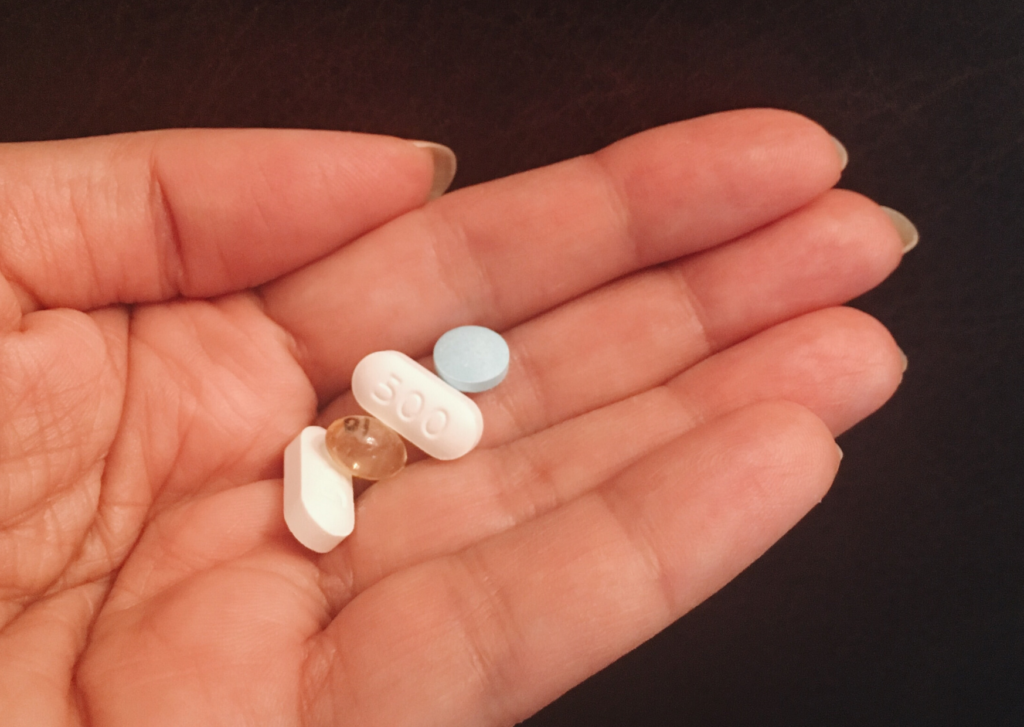 I was registered in clinical rolls in my country. Once received the test results, I was told that there was no need yet to start therapy that my indicators were good and I was practically healthy, but a doctor would come to me from time to time and carry out patronage. I was afraid of this, because confidentiality in our country leaves much to be desired. I didn’t want a doctor to come to me, and all the neighbors see and ask questions. What if she would tell someone “by secret” about my diagnosis, or leave a note in my door or my neighbors about where she came from, what type of doctor and why. Gradually, I calmed down a bit, began to accept my diagnosis, I realized that I was not dying, and that life was going on.

The persecution by the man did not stop. Life was broken, and there was no light at the end of the tunnel. The children were with their father, I hired a nurse for my mother, my father died because of an illness. I decided to start over and emigrated to the United States. I knew that this is a free country and different attitude towards HIV-positive people, more tolerant, we are not treated as outcasts. You can get high-quality therapy in the USA and, most importantly, unlike my homeland, no one will learn about my diagnosis, no one will blackmail and persecute me. So, I lived in the US for three years. I was taking care of myself and my health.

Recently, I have noticed that herpes started to bother me more and more, initially the labial one, and the last year the genital also. As a doctor, I realized that my immunity was already weakened, and the virus was progressing. I hardly recover after suffered illnesses. I began to seriously worry about my health in connection with the COVID-19 pandemic. I did not have any information on how things are going with assistance to HIV-positive people in New York, whether there are support centers and, of course, I was afraid that they would catch me again, as in my home country, lock me up and interrogate, l register and monitor me, write and send me letters from the hospital.

I did not have insurance, and I was afraid to go to the clinic to take test and check the current health condition, because I did not know whether it would be anonymous and confidential. I was afraid that my secret would be revealed in the new country, and once again persecution and diagnosis disclosure would happen to me.

I came across a Facebook page of the Eurasian Women’s AIDS Network. HIV-positive women of this organization help with the search of ARV therapy for people with HIV who were forced to stay in different countries with the limited stock of treatment during the coronavirus pandemic. I contacted the organization, wrote them a letter. I got reply quickly, women responded very warmly. They helped me to get in touch with the right people in New York, who assisted to resolve my issue.

I keep in touch with Eugenia Korotkova, a consultant of the Women’s Network, who fully supports me morally and literally “guides” me. I made contact with a person in New York who took me to the Center for HIV-positive people. A coordinator, a very pleasant woman, admitted me there. They helped me to fill in a questionnaire with an interpreter assistance, to register, to get all blood tests, make an appointment with a doctor. All services were absolutely free. They even compensated my travel to the Сenter. After a week the tests results were ready, and I received an invitation to an appointment with the doctor. They explained me with an interpreter assistance my state of health and prescribed therapy. I was also vaccinated against hepatitis A and B, and a month later I was prescribed a gynecologist examination and analysis to exclude the cervical cancer. They gave me a travel card so I could get to the Center on time and without any obstacles, and also promised the insurance to getting ART for free, and they put me in a queue for free social housing.

If you are staying not in your home country now and need ARV therapy, write to us, and we will find a way out together with the counsellors of the ART HELP Hotline.

You can contact us via one of following ways:

We thank the UNFPA Eastern Europe and Central Asia Regional Office for finance support of the ART HELP Hotline.
We also thank our partners who help with useful contacts in difficult situations: ITPCru and Life4me+ 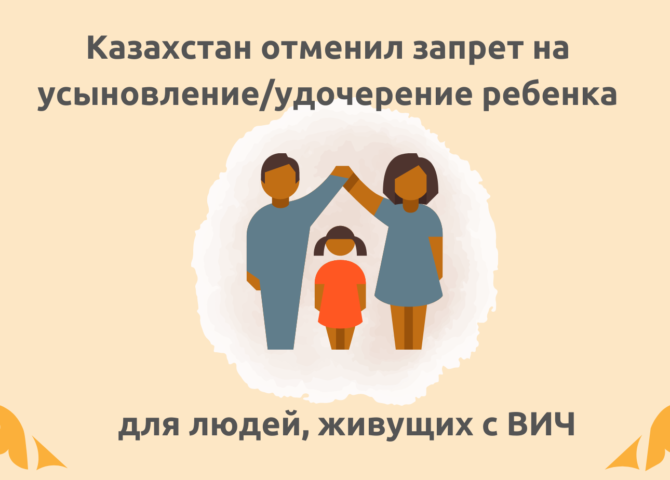 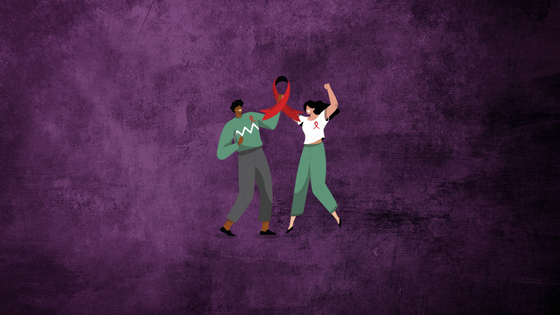 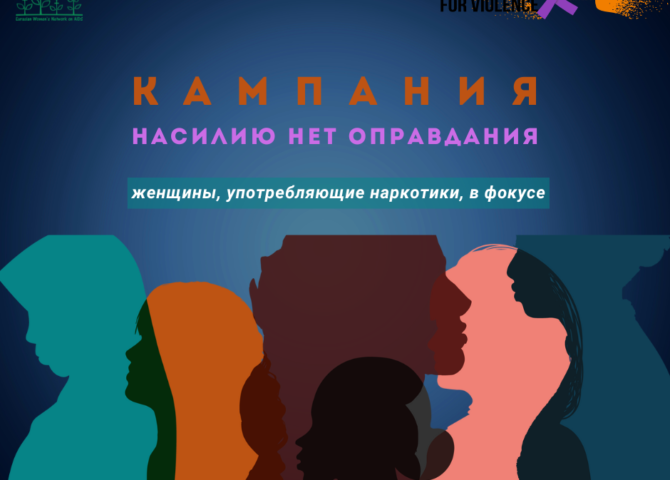